At the same time, Dalmia has also completed the previously announced deal to buy Jaiprakash Associates' 74% share in the company for a price of around Rs.667.56 crore (BoJCL was formed as a 74:26 JV between Jaiprakash Associates and SAIL). With these transactions, BoJCL has become a wholly owned subsidiary of Dalmia Cement.

BoJCL, located in the state of Jharkhand in eastern India, has a cement production capacity of 2.1 million tpa. The acquisition will increase Dalmia Cement’s current installed cement capacity to 21 million tpa.

Read the article online at: https://www.worldcement.com/asia-pacific-rim/01122014/dalmia-acquires-remaining-stake-in-bokaro-jaypee-cement-927/ 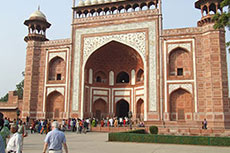 Jaiprakash Associates Ltd has announced that it will sell its 74% stake in Bokaro Jaypee Cement Ltd, located in Jharkhand, India, to Dalmia Cement.

Dalmia Cement is adding capacity, including a new plant in Karnataka that is set to be complete by February 2014.