The price of cement in China has reached record highs as production levels have been affected by producers striving to meet energy-saving targets. The current price of cement is averaging around 400 yuan (US$ 60) per ton, and in the east, this figure has reached 500 yuan. Shandong Shanshui Group revealed that it has been forced to increase its prices seven times over the period of a month from 340 yuan to 420 yuan – a 25% increase.

Liu Zuoyi, Deputy Secretary-General of the China Cement Association, pointed out that "the soaring prices are mainly due to a supply reduction caused by power restrictions." Companies in many provinces are implementing strict measure to cut energy consumption levels as part of the 11th Five Year Plan (2006 – 2010). A diesel shortage has contributed to the issue by hindering transportation and cement deliveries.

The fourth quarter of the year is usually the busiest period for the cement industry, but this situation is due to continue over the next month. However, prices are expected to drop in the first quarter of next year, as production recovers following the end of the government restrictions on power consumption.

Read the article online at: https://www.worldcement.com/asia-pacific-rim/01122010/chinese_cement_prices_reach_record_highs/ 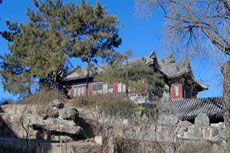 RHI AG extends production capacities in China by more than 20% and invests €13 million. Meanwhile, the company has also celebrated its 50th anniversary.

According to reports, the Taiwan Cement Manufacturers’ Association (TCMA) has filed a complaint accusing China of dumping cement on the island.