In 2Q14, Siam Cement Group reported a 17% increase in consolidated revenue from sales, largely due to increased chemicals prices. However, the Thai group reported a drop of 14% y/y in consolidated profit for the April – June period, at THB8532 million, following lower contributions from the investment arm of the business and decreased chemicals earnings.

For 1H14, consolidated revenues from sales grew 14% y/y to THB246 560 million on the back of gains from all business units, though consolidated profit for the half year fell 10% y/y to THB16 913 million, attributed to FX gain in 1H13 and lower equity income from associated companies.

Cement exports reached 2.5 million t in 1H14 and are expected to reach 5 million t by year-end, up from 4 million t last year. The main export markets are Myanmar and Cambodia.

Thai newspaper The Nation reports that Kan Trakulhoon, president and CEO of SCG, is looking ahead to the rest of the year and expecting the company will have to rely increasingly on export business. He said the economy in Thailand is in the process of stabilisation and there is no recovery in sight. He added that the economic impact of new infrastructure investments is unlikely to be felt before 2H15. Cement demand for this year is expected to show growth of just 0 – 1%, having fallen below expectations throughout 1H14. Initial forecasts had anticipated growth of 4 – 5% in 2Q14, when demand remained flat.

Read the article online at: https://www.worldcement.com/asia-pacific-rim/01082014/siam-cement-group-expects-to-rely-on-export-business-in-2h14-218/ 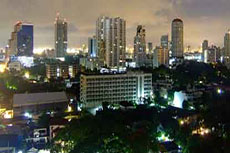 Despite a slower second quarter, Thailand’s second largest cement company saw a 10% increase in sales in the first half leading to net profit of THB3.38 billion. 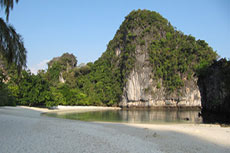 SCG continues to increase its presence in the ASEAN market with plans to construct a new 1.8 million tpa cement plant in Mawlamyine, Myanmar.