Dangote has three plants in Nigeria: Obajana, Ibese and Gboko. The Obajana plant has struggled with its energy supply. Natural gas utilisation fell to 67% in 3Q13 as ramped up power generation at privatised power stations increased their offtake of gas from the same pipelines that feed the Obajana plant. Dangote Cement is in active discussions with potential new suppliers. Meanwhile, the company has begun construction of a coal mill for Obajana line 3 and has already built a coal mill at the Ibese plant. The company believes coal offers a cheaper alternative to LPFO and will bring greater control in terms of supply. The Ibese plant sold more than 3.04 million t of cement in the first nine months of the year – a 46.8% increase y/y. This plant has not experienced the same issues with gas supply and has been operating at a capacity utilisation rate of 68%.

The Gboko plant was closed in December 2012 and reopened in January. Production is down this year, but a new grinding plant is being installed that should boost capacity by up to 1 million tpa.

In general, cement imports to Nigeria have fallen away to an estimated 820 000 t, down from the 1.66 million t imported last year.

Dangote Cement has announced an investment of more than US$3.4 billion to build cement plants and import terminals across Africa.

Further plans for a 1.5 million tpa plant in South Sudan and another in Kenya have been announced. Meanwhile, various import facilities are also planned along the coast of West Africa with the intention that these are served by Dangote Cement’s Nigerian cement plants.

As per capita cement demand in Nigeria is well below average, the company anticipates continued growth in this market. It is forecasting revenue of N102.4 billion in 4Q13, operating profit of N54.7 billion and pre-tax profit of N53.3 billion.

D.V.G. Edwin, Chief Executive, commented: “Demand for cement remains strong in Nigeria and with our sales nearly 30% higher than last year, Dangote Cement has grown at twice the market’s rate of growth.”

“Our plant in Senegal will soon be producing cement and our South African venture, Sephaku Cement, is well on track to open in the early part of 2014. These two plants will be our first production ventures outside Nigeria as we aim to become Africa’s leading supplier of cement,” he added.

Read the article online at: https://www.worldcement.com/africa-middle-east/31102013/dangote_cement_issues_3q13_interim_statement_368/ 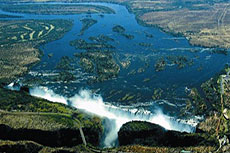 The National Council for Construction (NCC) in Zambia has reported that there is a need for investment in the cement industry to stabilise prices.

Dangote Cement’s pan-African expansion continues with the announcement of a US$350 million investment in Niger. Back home in Nigeria, Lafarge is planning to expand capacity to meet expected demand growth.

Dangote Cement has ordered a Loesche VRM and related equipment for installation on line 7 of its Ibese plant in Nigeria.