According to reports, the Algerian government is planning to consolidate its state-owned cement plants to form a company that will challenge Lafarge for a greater share of the Algerian market.

The Algerian-owned cement industry produces approximately 11.5 million tpa across 12 plants, and reportedly controls 67% of the market. The new cement giant will plan to control between 75% and 80% of the domestic market before moving on to the international market, according to the country’s official APS news agency.

The government has introduced new legislation recently that limits the foreign ownership of Algerian assets to 49%. Citadel Capital platform company ASEC Cement entered the Algerian market just in time, and is currently constructing a greenfield plant in Djelfa and operating a brownfield plant in Zahana.

In June 2009, the IFC committed to investing US$ 24 million in Djelfa. Civil works at the plant are well on schedule and expected to conclude by the end of the year. Commissioning is due in 2011.

Algeria is the second largest country in Africa by geographic area, with cement demand estimated at 20 million tpa. According to ASEC Cement CEO Georgio Bodo, that figure has grown by 12% p.a. for the last five years, and there is no sign of demand waning yet (see ‘Algerian Activities’ in the November issue of World Cement).

The other major cement producer operating in the country is Lafarge, which has been Algeria’s biggest private cement producer since it acquired Orasom Construction Industries in early 2008. By next year, Lafarge’s investment in the Meftah plant modernisation should be complete. With two additional plants capable of producing 8 million t of cement (combined), six concrete plants, five quarries and a plasterboard facility, the company is a worthy opponent to the new Algerian state cement company.

Read the article online at: https://www.worldcement.com/africa-middle-east/30112009/algerian_consolidation_to_win_market_share_at_home_and_abroad/ 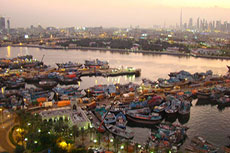 The world has witnessed rapid financial and economical changes over the last months, causing extreme changes and uncertainty in many fields. The cement market has always been dynamic, requiring updated studies to follow the rapid fluctuations. The GCC countries are going through the ‘after the boom’ scenario. 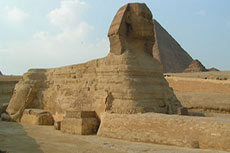 The Egyptian cement industry has more than weathered the financial storm. Demand has remained high, exports have been banned, and new production capacities are both under implementation and planned. 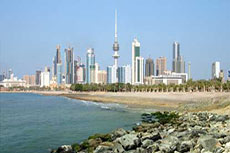