Cement demand in Israel is rising; the statistics are clear on this. Currently, Nesher Israel Cement Enterprises hold 85% of the market, with the remainder being split between a few importers.

As we reported in our November issue, a government panel has been sitting on the conundrum of competition within the Israeli cement market.1 Sitting on this panel were members from the Israel Antitrust Authority; the Prime Minister's Office and its National Economic Council; the Industry, Trade and Labor Ministry and the Transportation Ministry. The panel’s mandate was to look at barriers to competition in the local market, and heard from Nesher representatives, as well as further speakers from Taavura, the bulk transport arm of the company, which dominates its respective market. Due to Clal’s (the holding group that owns Nesher) recent purchase by Len Blavatnik, the panel extended its deadline in order to awaited his opinions on the subject.

Hot on the heels of news that Nesher’s CEO will be stepping down at the end of the year, the panel has finally come to some conclusions. Its head, Gal Hershkowitz (Israel’s Finance Ministry budget director), announced that the panel foresees an Israel with two cement producers, bolstered by a further 2 – 3 more importers. To truly stimulate competition though, any direct competitor would need its own clinker plant – an expensive investment.

Beyond simply making commentating on the situation, the panel has called for the government to take steps to incentivise the entrance of a new market player. Recommendations to steps to release Nesher’s grip on the market somewhat include changes to the current pricing formula, forbidding Nesher from importing cement or clinker and placing a ban on cross-ownership between cement producers and hauliers. There is the hope that by encouraging a greater volume of imports, their total market share could rise by as much as 10%, to 25%. Changed to the formula used to set a maximum price for Nesher's cement would likely take the shape of authorisation for the state to lower the price when production costs decline, where at present, the government has the power to moderate the company’s requests for price increases, but not to lower its prices. A reduction in the company’s profit margin allowance was a further measure that was recommended, and the panel also expressed a long-term optimism that the Nesher plant in the Har Tuv industrial zone, Beit Shemesh, would be sold. It is worth noting that Nesher's cement production license at Har Tuv is due to expire soon.

At present, Nesher's profit margins are measured using average cement price as a marker, and historically, the company has offered drastically high discounts to a limited number of buyers (mostly concrete producers), while balancing this by charging others higher prices. The Israel Antitrust Committee, as a result of the competition panel’s findings, is expected to soon begin to put a cap on these discounts. At first, the committee also considered putting price controls on Taavura, but the ultimate recommendation was that it reports its takings to the Transportation Ministry's price committee. There are currently no price controls on cement haulage in Israel, but this could change once Taavura begins to share its books with the Government.

It is expected that by 2017, if cement imports are not increased, demand will increase beyond the levels that the current market can supply. Even if imports do experience growth, local production capacity will need to be expanded in order to keep up with the sheer rate of the forecasted demand growth. The panel expressed its hopes that if favourable conditions can be created, a new cement production facility could be established within the next ten years.

Read the article online at: https://www.worldcement.com/africa-middle-east/28112012/israel_cement_government_panel_nesher_monopoly_recommendations_767/ 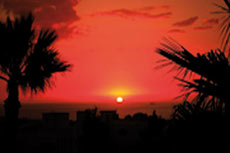 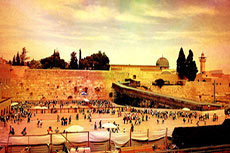 MK Einat Wilf recently called on the country’s Prime Minister to open the cement market to competition in order to reduce housing and rental prices.