Israel’s cement industry is currently served by one main player, Nesher Cement, with Lev Baron Commodities, an importer, taking just a 10% market share. Now the government is considering ways to increase competition in the industry in the hopes of bringing down cement prices and ensuring there is sufficient capacity to satisfy future demand. Finance Ministry budget director Gal Hershkovitz predicts that within the next 10 years, cement demand will outstrip Nesher Cement’s capacity. He is leading a panel that is urging reform in the sector, comprising: the creation of a major cement producer to compete with Nesher; start-up of three cement importers; establishing a clinker importer that could set up a grinding plant. Under the plan, Nesher would be left with only one of its three facilities, according to reports.

Previous allegations of monopolisation and cartel-like behaviour between Nesher Cement and Lev Baron Commodities have been denied. The country’s leading cement hauler, part of the Ta’avura group (controlled by Nesher and the Livnat family), is also coming under scrutiny because it controls the majority (83%) of the cement transportation market. The reform plan suggests price controls be enforced on cement haulers to contain profit margins.

Read the article online at: https://www.worldcement.com/africa-middle-east/26062013/israel_considers_reform_in_cement_industry_25/ 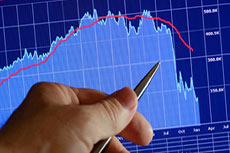