Following the failure of two motors in a water pumping station near Beirut, the Tajj group was looking to source replacements from a German motor manufacturer. The original Italian motors were unable to withstand the loads and high temperatures in the pumping station and had failed after only two years.

Menzel Elektromotoren GmbH could speedily replace both defective motors by engineering and constructing technically improved versions. Menzel addressed the challenging operating conditions, for instance fitting the replacement motors with an IC06 forced ventilation. Though a larger size was chosen, the original flange diameter and vertical design were maintained. With these modifications, the two new four pole squirrel cage motors featuring 800 kW rated power, 5500 V rated voltage and a speed of 1485 min-1 are optimally equipped to withstand overload and overheating. Menzel engineers installed and commissioned the motors which are now successfully in operation on two water pumps.

Read the article online at: https://www.worldcement.com/africa-middle-east/25052016/menzel-replaces-two-pumps-165/ 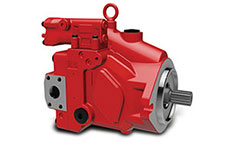 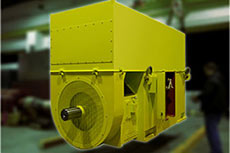 Menzel delivered a replacement motor to prevent downtime in a cement plant in Cambridge. 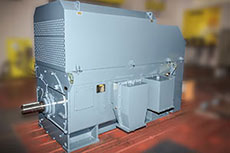 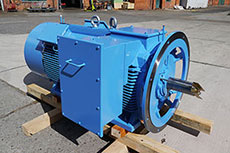