A new plant and two plant expansions are expected to commence operations this year in Ethiopia, ensuring the East African country’s cement output will increase by over 50%. According to government officials, the construction boom is cited as a major incitement for this capacity increase.

Shimeles Wolde, head of the Chemical and Allied Industries Directorate in the Industry Ministry, has recently explained how the capacity increase is expected to help end the need for imports by as early as next year. Over the past few years, 1 million tpa of cement has been imported into Ethiopia to help meet the country’s 8 million tpa demand.

“In 2012, there should not be that much need for importing cement,” Shimeles reported from Addis Ababa, the capital. “In 2012 or early 2013, supply and demand should be balanced.”

Lafarge SA, the world’s largest cement manufacturer, and Dangote Cement Plc. Nigeria’s largest company by market value are among the 36 companies licensed by the Ethiopian government to help attain the 27 million tpa target set for 2015. Demand for cement may even be met by the end of next year, when the expected completion of 22 projects will increase annual production from 2.7 million tpa to 13.5 million tpa.

Data from the International Monetary Fund shows the economy of Africa’s second-most populous nation expanded an average of 11% over the past seven years. Following this, the government is targeting growth of as much as 14.9% over the next five years. State investment in low-cost housing, roads, dams and universities is leading a construction boom and has left domestic cement supply short of demand, which is, according to Shimeles, increasing by as much as 25% every year.

Another 1 million tpa will be added through the expansions to state-owned Mugher Cement Enterprise and the ruling Ethiopian People’s Revolutionary Democratic Front’s Messebo Building Materials Production Plc, both projects expected to be completed within the next two months.

Haile said recently that the Al-Amoudi plant near Chancho, 70 km northwest of Addis Ababa, cost US$ 351 million and is expected to reach full production capacity in the first quarter of 2012. Financing for the project included US$ 45 million from the International Finance Corp., the World Bank’s private lending arm.

“We are very confident, unless we have some disaster,” Haile concluded.

Derba Transport, an affiliate of Derba Midroc, has invested US$ 141 million in 1000 Volvo AB trucks, each capable of delivering 40 t of cement to buyers from the plant, according to Haile.

Although it has large, high quality limestone deposits and plentiful water supplies, Ethiopia’s per capita cement consumption of 35 kg pa is very low by international standards, with Shimeles noting that “for developing countries cement consumption is an indicator of development”.

Even if the 2015 target is met, the 300 kg per capita consumption achieved will still be less than the global average of 390 kg, Shimeles concluded.

Read the article online at: https://www.worldcement.com/africa-middle-east/23052011/construction_booms_sees_ethiopian_cement_capacity_doubled/ 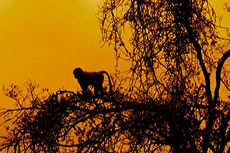 An update from some key cement manufacturers in Sub-Saharan and East Africa.

Habesha Cement SC is seeking to rent machinery for the construction project of a new road linking the local town to the new quarry and cement factory sites.