The plant is situated in West Shoa Zona, near Muger, about 85 km west of Addis Ababa. Production capacity is 2.5 million tpy of cement, making it the biggest cement plant in the East Africa region. The plant will produce OPC, PPC and special cement for dam construction.

Sinoma International was responsible for the construction of the plant, which began in March 2012. The machinery for the plant is reported to come from Germany, Sweden and Italy.

Teshome Lemma, the Country General Manager of Dangote Cement, told The Reporter that the plant is made up of ‘state-of-the-art latest cement technology…and it produces a world class cement that can be sold anywhere in the world’. He added that the cement plant is environmentally friendly, having the latest pollution control technology. Once the plant is operational in will create 3000 direct and indirect jobs for Ethiopian nationals.

Read the article online at: https://www.worldcement.com/africa-middle-east/23032015/dangote-cement-plant-in-ethiopia-set-to-begin-commercial-production-560/

ASEC Engineering has signed an O&M contract with National Cement Share Company for its plant in Dire Dawa.

A group of Qatari investors has met with Ethiopia’s president to discuss plans to invest US$500 million in the country.

A draft Cement Industry Development Strategy, prepared by Adama Science and Technology University, has been released by Ethiopia’s Ministry of Industry. 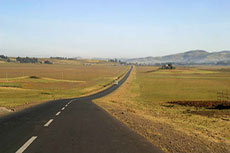 A significant increase in cement exports to neighbouring African countries has earned Ethiopia US$9 million more in the most recent budget year compared to the year earlier.