Spokespeople for ARM Cement, Kenya's second largest producer of cement behind Lafarge-owned Bamburi Ltd, said that the company is looking forward to a strong year on the back of its recently opened Dar es Salaam plant in Tanzania and the sales boost that it has brought about.

Over the last decade, Kenya’s construction sector has been cultivated by the growth of the country’s middle class and generally higher disposable incomes. Returns on investment in the sector have consistently outstripped those of equities and government securities. The most recent boom in construction has coincided with a fall in lending rates across the region as inflation has eased.

An ARM spokesman said, "The company remains optimistic about the business environment in the region, and expects the growth in demand for [its] cement and other products will continue."

The company has invested a further US$140 million in Tanzania, east Africa’s second largest economy, where work on another 750 000 tpa cement plant and 1.2 million tpa clinker plant is well underway. These projects, as well as the Dar es Salaam project, were partly funded through a six-year convertible loan of US$50 million from Africa Finance Corporation.

Read the article online at: https://www.worldcement.com/africa-middle-east/22102012/arm_cement_report_9_month_profits_711/

Turnover grows by 17% y/y from January to June 2012, whilst operating and pre-tax profit falls. 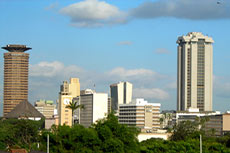 According to an Equity Research Cement Sector survey, Tanzania's cement production is expected to exceed the region rate of 13% and grow by 18% by the end of this year.