According to a report by Bloomberg, PPC Ltd has announced that rising demand for cement in Africa would help it double the size of the company every decade.

PPC has predicted large growth in African cement demand over the next 35 years, driven by a growing population, rising wealth and greater ease of doing business. The company also plans to create a new unit for its expanding non-cement building materials and services operations.

The doubling estimation refers to a combination of metrics, including revenue, assets and profitability.

PPC is attempting to reduce costs while expanding elsewhere in the continent. The company has already achieved more than 50% of a US$28 million profit-improvement target announced in May.

The company started a new cement plant in Rwanda in August and projects in the Democratic Republic of Congo, Zimbabwe and Ethiopia are all more than half complete.

Read the article online at: https://www.worldcement.com/africa-middle-east/20112015/ppc-cement-africa-company-decade-35/

PPC’s expansion strategy remains on track, as positive group cement sales for the October to December 2014 quarter are reported.

Darryll Castle is set to join the company as CEO on 12 January, following the resignation of former CEO Ketso Gordhan in September.

PPC has purchased Industrial Development Corporation’s stake in Habesha Cement Share Company (HCSCo), Ethiopia, meaning it will hold a 51% stake in the company. 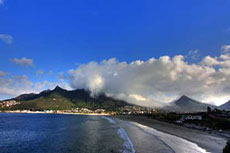