PPC is the Anchor Sponsor of the 2015 Fulton Awards. Organised by the Concrete Society of Southern Africa (CSSA), the awards recognise excellence in the concrete construction industry.

This year, 24 projects have been entered across four categories. This includes Civil Engineering Structure, Building Structure, Architectural Concrete, and Innovation in Concrete. Entries are divided into two subcategories – those with a value up to R100 million and those above this figure.

At the 2013 Fulton Awards, the De Hoop Dam project in Limpopo, for which PPC supplied cement, was recognised in the Civil Engineering Structure and the Sustainable Concrete categories.

This year’s winners will be announced during a Gala Dinner at the Fulton Awards Weekend on 5 – 7 June. A full list of entries can be found here.

“The Fulton Awards is considered the ‘Oscars’ of concrete and is arguably the most prestigious award that a project team can receive in the built environment,” explains PPC’s Alta Walker. “The Awards have been associated with the celebration of achievements in the South African building industry for decades. As a company, we remain passionate about investing in initiatives and projects that advance excellence in concrete. Our support of the Awards show that we constantly strive to bring our customers innovative, industry-first products and services.”

PPC Zimbabwe’s new cement mill project is on course and investments are also being made in other plants.

The first PPC Imaginarium Awards were held last week, organised by PPC Ltd to celebrate young talent and the use of concrete in industrial design, film, fashion, jewellery, architecture and sculpture. 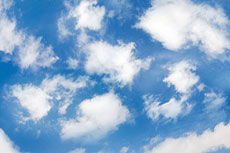