The Zimbabwe government-owned newspaper, The Herald, reports that Pretoria Portland Cement (PPC) says it will spend about US$ 429 million on capital projects over the next few years. PPC’s investment plan will see the expansion of production capacity at the Riebeck and De Hoek operations in the Western Cape, which will increase cement output by 50%. PPC has also replaced its clinker operations at Colleen Bawn to sustain high output following high demand for cement in Zimbabwe. The company says that demand for cement in Zimbabwe remained above 100%, although sales were lower in the second half of the year compared to the first six months of 2010. Local operations were severely affected by rolling power cuts and the upgrade at Colleen Bawn, which took longer than expected, resulting in the import of clinker from South Africa.

PPC said sales volumes declined 13% in South Africa, Botswana and Zimbabwe as demand in Botswana and South Africa fell. Capital expenditure for the year under review totalled R658 million. The company said it would continue to invest in sub-Saharan Africa where development has not reached levels attained by South Africa. It will target the emerging markets of Mozambique, Angola, the DRC, Tanzania, Kenya and Uganda.

PPC registered an operating profit of R2.1 billion, which was 13% down on the previous year after revenue totalled R6.8 billion in the full year to September.

Read the article online at: https://www.worldcement.com/africa-middle-east/17112010/ppc_to_invest_us$_420_million_in_zimbabwe-/ 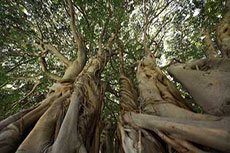 Pretoria Portland Cement (PPC), South Africa, has experienced a substantial reduction in cement volumes across most of southern Africa due to a recent slowdown in the construction industry. 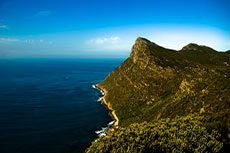