Following the death of Dan Falconer, who passed away on 29 July 2015 after a courageous battle with cancer, the American Concrete Institute (ACI) Foundation has announced the formation of the Daniel W. Falconer Memorial Fellowship.

Dan served as ACI’s Managing Director of Engineering for more than 17 years, and was an ACI Fellow. Given this distinction for his outstanding contributions to the production and use of concrete materials, products, and structures through education, research, and development.

The new fellowship, which is funded through the generosity of Dan’s friends and colleagues, will be awarded to graduate students studying in the field of structural engineering with an emphasis in reinforced concrete design.

“Dan was one of the driving forces behind the reorganisation of ACI 318-14, Structural Concrete Building Code,” said Sharon L. Wood, ACI President. “It is difficult to say goodbye to a colleague who had such a strong influence on the technical activities within ACI. He was an outstanding engineer, a skilled manager, and most importantly, a close friend.”

Randall W. Poston, past Chair of ACI Committee 318 noted: “Dan had an incredible gift of taking a controversial technical issue and breaking it down into practical elements that would develop consensus. This came from his years of practicing structural engineering before joining ACI. He knew with continued resolve and steadfast guidance, committee members would eventually come together and ‘do the right thing.’

The American Concrete Institute will contribute a dollar-for-dollar match for donations made by individuals and companies.  To learn more about the ACI Foundation and the new Daniel W. Falconer Memorial Fellowship, visit www.ACIFoundation.org.

Read the article online at: https://www.worldcement.com/africa-middle-east/14102015/aci-foundation-announces-daniel-falconer-memorial-fellowship-772/

The US$35 000 grant went to Dr Konstantin Sobolev, University of Wisconsin-Milwaukee. 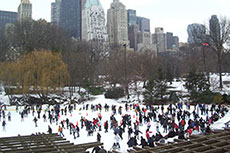