Saudi Cement reportedly dropped 11.8% in net profit for 2Q15, attributed to lower local sales. The figure for the three months to end of June was SAR254 million, down from SAR288 million in 2Q14. This was below analyst forecasts of SAR261.4 million.

Fellow Saudi producer Hail Cement also reported a fall in profit, with earnings at SAR28.6 million in 2Q15 down from SAR46 million in 2Q14. Earnings were down 18.44% for the first half. The decline was put down to increased costs due to a maintenance shutdown and a decrease in production volumes.

In April, Emirates 247 reported that some companies could reduce production due to the failure to lift the export ban that was imposed in 2012. Cement demand is very healthy in Saudi Arabia, yet there is reported to be a surplus of 22 million t in the domestic market.

Read the article online at: https://www.worldcement.com/africa-middle-east/14072015/saudi-cement-companies-report-profit-declines-in-2q-158/ 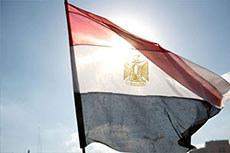 Over 250 people attended the two-day event, which provided training, education and raised awareness of supporting standards for construction.