CIMERWA, Rwanda’s largest cement company, has reportedly launched a new line in Rusizi, raising capacity to 600 000 tpy from the previous level of 100 000 tpy. The additional capacity will more than cater for domestic demand, and the surplus 350 000 tpy will be exported to neighbouring countries such as the Democratic Republic of Congo and Burundi. Reports suggest that this could help bring down Rwanda’s trade deficit, which stood at almost US$6800 million in May 2015, down 6% y/y. Increasing cement capacity should also help reduce cement prices in the country, which are high compared to the cost of imported cement.

The new plant will reportedly create more than 100 jobs by the end of this year in addition to the 126 jobs already in place at the company.

Read the article online at: https://www.worldcement.com/africa-middle-east/14072015/cimerwa-launches-new-cement-plant-156/

PPC is building a new clinker production line in Leichenburg. Meanwhile, Sinoma has ignited the new line at Dangote Cement’s plant in Zambia.

PPC has published its unaudited results for the half-year ended 31 March 2015. 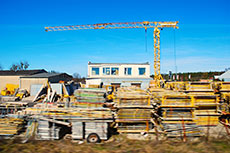