As part of its ambitious expansion plans, Dangote Cement Plc held a ground breaking in Okpella, Edo state, to signal the start of construction on a US$1 billion investment in cement plants. The investments have the potential to create 6000 new jobs. The new cement plants are also expected to further increase the US$3 billion the country has been saving from import substitution in cement per year.

Impressed at the continuous investments in cement production despite having met local demands, the Federal government said the gains of the backward integration in the cement sector of the construction industry, as championed by the Dangote group, is saving the nation huge billions of foreign exchange.The Minister for Solid Mineral Development, Dr. Kayide Fayemi and his counterpart in Trade and investments, Dr. Okechukwu Enelamah, said government is pleased with the exploits of the Dangote cement in ensuring that the nation freed itself from the shackles of endless importation and becoming net exporter.This development, they stated, tallied with the change agenda of the present government that all hands must be on deck to substitute importation with local production and consume only products that are produced locally.

They stated that the volatility in the international oil market and the excessive dependent on importation have both combined to put pressure on the Naira, adding that the government is putting in place strategies to free the Naira from such pressure.The Ministers commended the President of Dangote Group, Aliko Dangote for believing so much in the nation’s economy and has continued to invest even where others have contrary opinion.They therefore called on other investors to take a cue from Dangote’s firm commitment and support to turn the nation’s economy around through active production.

In his remark, Aliko Dangote said he would never shy away from investing in Nigeria saying Nigeria still remains the best place to invest in the world.According to him, “a key factor that drives investments in an economy is the presence of an investor-friendly business climate. Indeed, Edo State today, is one of the most attractive investment destinations in Nigeria.

“The economic reforms in Edo State especially in the area of tax, innovations in rural finance and investment on infrastructure, have produced an enabling environment that has further provided a platform for future growth. All these factors made us consider investing in the State.“Nigeria is a growing economy. Our developmental challenges are quite enormous and will require the combined efforts of government and private sector to overcome them. It is in this light that we are here to contribute our own quota to transforming the economy of Edo State as we have done elsewhere.

“This project is only one of our several successful projects presently ongoing in parts of the country and outside in more than 15 other locations in African countries, in line with our Pan African investment strategy. Last year June, we commissioned our cement plant in Ethiopia, and in August of same year in Zambia and Cameroon. We commissioned our plant in Tanzania in October. We plan to commission very soon, some of our other African plants in Senegal and South Africa.

“Also last year, in Lagos, we signed a deal valued at $4.34billion, with Sinoma International Engineering Company Limited, for the construction of 10 additional new cement plants across Africa, with one in Nepal in Asia. The combined capacity of these new projects will be 25 million tpy.“By the time all these new projects are completed in the next few years, we will have a total capacity of 81 million metric tons per annum. This will make us one of the Top Six cement companies in the world. We are currently consolidating our cement businesses across Africa in order to reap the benefits of scale. As a matter of fact, our operational offshore cement plants have started to make substantial contributions to our Group revenue.

“In addition to manufacturing, we are also investing heavily in agriculture for massive employment generation. Recently, we have commenced multi-billion dollar rice projects in some states in the North and we recently flagged off a rice out-grower scheme, with the distribution of rice seedling to farmers in Jigawa State, to reduce our dependence on imported rice, create massive jobs for the people and provide good returns to the famers.

“We envisage producing a milling up to one million tons of white rice with the cultivation of 200,000 hectares of land. This will lead to a conservation of about $11 billion presently spent on importation of food items that could otherwise be produced locally. It is gratifying to know that the Federal Government has recently announced that it is putting in place strategies that will make farmers have greater access to implements and other inputs.”

Dangote said “by God’s grace we will all gather here again to commission this plant within the next 26 months. There is no doubt that the presence of the plant here will impact positively on the community, its people and the state.

“On completion, this project will create direct jobs of about four to five thousand in addition to the thousands of other indirect jobs. Today, Nigeria is saving $3billion annually for not importing cement because of the investment by local cement manufacturers. The additional investment in the sector will guarantee that we always meet local demand as well as surplus for export and foreign exchange generation.

In his address of welcome, the Okuokpellagbe of Okpella Kingdom, Dr. Andrew Dirisu lauded the doggedness of the Dangote Cement and prompt response to the call for the establishment of the cement plant. He also commended the state governor for his support in acceding to the desire of the people to have Dangote cement in the Community, since the raw material is available.

In return, he promised that the community will provide necessary enabling environment for the investment to thrive because, it is to the benefit of Okpella and her people for the plant to operate and generate economic activities.

He urged the Company’s management to ensure that the various Corporate Social Responsibility projects that the Dangote Cement is known to have provided for its other host communities, in various sectors should also be replicated in Okpella to the delight of his people.

Read the article online at: https://www.worldcement.com/africa-middle-east/14042016/dangote-commences-significant-investments-893/

The Dangote Group signed a deal on 12 April for a US$2 billion loan from the Industrial Commercial Bank of China Ltd.

Nigeria's stock index increased by 1.41% on 29 February, supported by investors' interest in the shares of Dangote Cement. 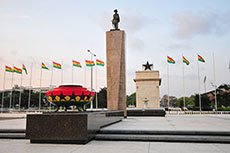 Diamond Cement has complained to the government regarding undue competition from Nigeria's Dangote cement in Ghana.