To produce the large amount of accurately sized aggregates demanded by the local construction and readymix industries, National Quarries LLC, founded in Siji, Fujairah in the UAE in 2002, uses a three stage crushing process. This consists of a jaw crusher as the primary crusher, a cone working as the secondary crusher and two impact crushers operating in a tertiary capacity.

General Manager of National Quarries, Thair Aziz Muslem, who has been with the company since its foundation, commented: “We were quite happy with the performance of our old plant but I had the feeling we didn’t get the most out of it. The plant was producing well, but it was clear that the secondary cone was a bit of a bottle neck, but I could not dream about the big improvements that could be achieved by only changing one machine.”

In 2012 National Quarries started investigating what could be done to improve its existing plant. This led them to work with Sandvik Construction.

“It was clear from the beginning that the Sandvik team had a very good technical knowledge and took the task very seriously. The way they approached the problem gave me confidence that they would recommend the most beneficial solution for National Quarries”, says Mr. Muslem. “Since I am an engineer myself I like to understand the technical details, so it was easy to work with Ashwin Prajapati and the other team members from Sandvik. Ashwin and his colleagues looked at every aspect of the plant and tried to find out what could be done to upgrade the plant and get the most out of the invested money.”

“We used our PlantDesigner© tool together with the production figures we had from the existing machines to try to find the optimal solution in order to increase the capacity,” says Sandvik Middle East’s Ashwin Prajapati.

“We checked different scenarios, changing different machines and our findings were quite interesting. It was correctly so that the secondary cone crusher was a bottle neck ( as Mr. Muslem believed ) in terms of capacity, but also the reduction ratio was quite poor which led to a coarse feed to the tertiary impactors and an unnecessary amount going in closed circuit over the impactors.”

Sandvik proposed a simple solution. “We could see that by changing the secondary crusher to a Sandvik CH660, not only would increase the throughput in the secondary stage, but also the net production in the impactors would increase due to the decreased percentage going in closed circuit,” says Ashwin. In 2013 the replacement was made, and production dramatically improved, giving a 25% increase in the total capacity of the plant, a 20% reduction in fuel usage and less waste product.

In 2015 National Quarries continued its use of Sandvik products, investing in a CJ615 jaw crusher, two CI532 impact crushers, one primary feeder and three product screens for its new crushing plant.

Read the article online at: https://www.worldcement.com/africa-middle-east/13102015/sandvik-national-quarries-case-study-766/ 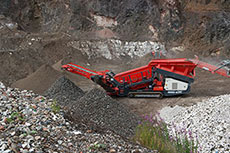 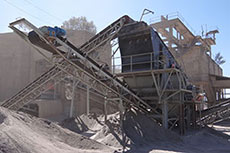 Sandvik have invested heavily in operator training, holding courses throughout the world. 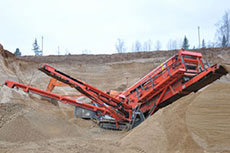 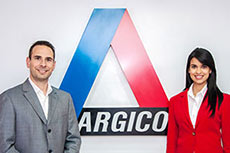 Argico S.R.L has been announced as Sandvik’s new distributor for drill rigs and rock tools throughout the Dominican Republic.