According to reports, Iran produced more than 23.8 million tonnes of cement in the period 21 March – 22 July, i.e. the first four months of the year according to the Iranian calendar. More than 25.46 million t of clinker were produced in the same period.

The Tehran Times reports that the country’s annual cement production is around 80 million t, of which 50 million t is sold in the domestic market. Last year, exports totalled 18 million t, being distributed to 24 countries including neighbouring Afghanistan and, further afield, China.

Iran has further plans for expansion, reportedly targeting 85 million t of cement production capacity by the end of the current calendar year. This would move it firmly into the number three spot, behind China and India, though with the US cement industry back on the move, it may be an ongoing battle for third place. The USGS Mineral Industry Surveys report shows total cement shipments of 82 million t in 2013; clinker production for the year was 69.9 million t.

Read the article online at: https://www.worldcement.com/africa-middle-east/13082014/iran-produces-more-than-25-million-t-clinker-from-march-july-285/

Iran exported over 5.07 million t of cement and clinker in the first quarter of the current Iranian calendar year.

According to local reports, the Iranian Mines and Mining Industries Development and Renovation Organisation will complete construction of the 1 million tpa Cerro Azul plant in Venezuela in the next few months. 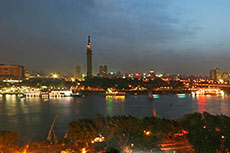 Paul Maxwell-Cook takes a look at the performance of the cement industry in the Middle East, where infrastructure projects are helping to drive demand. 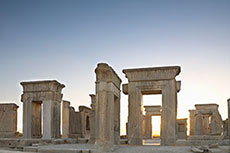 Iran produced 58.226 million t of cement in the first ten months of the current fiscal year and witnessed a 38% increase in exports in the same period.