At the recent COP18 summit in Doha, the Kyoto Protocol, as the only existing and binding agreement under which developed countries commit to cutting greenhouse gases, has been amended so that it will continue as of 1 January 2013. The participating governments have decided that the length of the second commitment period will be 8 years, and the legal requirements that will allow a smooth continuation of the Protocol have been agreed. Countries that are taking on further commitments under the Kyoto Protocol have agreed to review their emission reduction commitments at the latest by 2014.

Speaking after the conference, Executive Secretary of the UN Framework Convention on Climate Change (UNFCCC),  Miss Christiana Figueres said, “The UN Climate Change negotiations must now focus on the concrete ways and means to accelerate action and ambition. The world has the money and technology to stay below two degrees. After Doha, it is a matter of scale, speed, determination and sticking to the timetable.”

What does this all mean for the cement industry though? At the moment, it means very little. A UN report on the amendment talks a lot about ambition, commitment and efforts, but at its heart, the Doha amendment is a plan to make some plans. There are some things that can be taken from the report that might bear closer examination.

The timetable that has been laid out makes provision for the 2015 global climate change agreement and increasing ambition before 2020, to be adopted by 2015, and to find ways to scale up efforts before 2020 beyond the existing pledges to curb emissions so that the world can stay below the agreed maximum 2°C temperature rise. This is where the new agreement becomes somewhat vague though, and a number of workshops will be arranged next year to ascertain the ways in which the ‘efforts’ and ‘ambition’ specified by the amendment can be implemented and turned into results. In reality, the cement industry is likely to feel this as the continuation of environmental trends over the last few years, emissions regulation being one of these, rather than experiencing any sharp change in direction.

However, where this is likely to differ, is that the Doha amendment could well have a truly global reach, with developed countries reiterating their commitment to deliver on promises to continue long-term climate finance support to developing nations. In monetary terms, these commitments are likely to take the shape of a US$100 billion sum that is to be pumped into adaptation and mitigation in third world countries by 2020. Such vast sums could well help to make tighter regulation of cement industry emissions in developing countries more realistic, thereby facilitating a greater uniformity of regulation in developing countries and that of more developed nations. Balance is an ideal situation, and in an ideal world, tighter emissions standards would affect the whole industry equally, and competition would be maintained. There is no sign though, that the Doha amendment will see such policies as the UK energy bill, which recognises such issues, being back-tracked. Indeed, the amendment recognises that in some cases, “the implementation of actions that reduce emissions could result in negative economic or social consequences for other countries.” In a special forum, dedicated purely to this issue, the participating governments discussed measures to address such consequences.

The governments represented in Doha have also pushed through the completion of new infrastructure measures designed to channel technology and finance to developing nations and move toward the full implementation of this infrastructure and support. Most importantly, they have approved the selection of the Republic of Korea as the location of the Green Climate Fund (GCF) and the work plan of the Standing Committee on Finance. The GCF is expected to launch its activities in 2014.

This latest amendment is a big step forward for the Kyoto Protocol, both in terms of commitment and scale. Though its effects will gradually come to be felt in the cement industry, the fact that the amendment carefully considers the social and economic effects of drastic climate measures is very encouraging.

Read the article online at: https://www.worldcement.com/africa-middle-east/11122012/doha_amendment_kyoto_protocol_climate_changee_un_cement_785/

There is the potential that energy intensive industries could be exempt from the Bill’s ‘contracts for difference’, but the government is yet to decide. 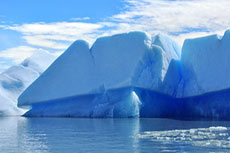 In an unexpected end to the COP17 summit in Durban South Africa, the US, China and India have agreed to be included in a new legal framework for emissions reduction that will come into force in 2020, although the details of the deal are yet to be agreed. COP17 also agreed to an extension of the Kyoto Protocol to 2017. 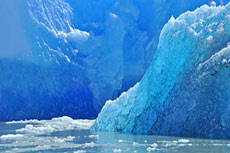 Following the conclusion of the climate change talks in Copenhagen, the United Nations Framework Convention on Climate Change (UNFCCC) has received submissions of national pledges to cut and limit greenhouse gases by 2020 from 55 countries. These countries together account for 78% of global emissions from energy use.