Costs fell to 58.13% from 80% last year, which is attributed to the company’s use of coal as a cheaper source of energy. However, revenues grew only 4% to N12.32 billion. A decline in cement demand due to the rainy season could have contributed to lower sales, reports Business Day Online.

Meanwhile, Ashaka Cement is gearing up for expansion, having secured the necessary credit to support its growth plans. In April, the company announced plans to inject N100 billion into capacity expansion, a coal-fired captive power plant and other projects. As the most populous country in Africa, Nigeria has a huge housing shortage and considerable potential for growth within the cement industry. However, there is also a great deal of competition from Dangote Cement, which holds the greatest market share in the country.

Read the article online at: https://www.worldcement.com/africa-middle-east/11082014/ashaka-cement-profits-surge-in-1h14-273/ 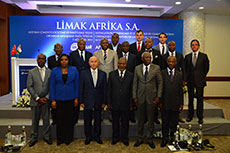 Lafarge’s AshakaCem is reportedly fast-tracking its N100 billion expansion project in the northeast of Nigeria.

Shareholders of Lafarge Cement WAPCO Nigeria have approved the merger of the company’s Nigerian and South African assets into Lafarge Africa Plc.

Nigeria’s Ashaka Cement is investing around €513 million in the expansion of its Gombe plant, which will increase production capacity from approximately 1 million tpa to 4 million tpa.