According to reports, East Africa Portland Cement Company (EAPCC) is planning to set up a KES800 million power generation plant in Kenya. The 4 MW plant will run on waste gases generated by EAPCC’s Athi River cement facility and is expected to cut the company’s annual electricity costs by approximately KES500 million. Construction is scheduled to commence in September 2014 and the unit will take around one year to complete. Internal savings will fund around 20 – 25% of the project, while the rest will come from commercial loans.

EAPCC currently consumes around 13 MW of elecricity, which is supplied from the national grid, to power its cement production facilities. In an interview with local press, Kephar Tande, Managing Direction of EAPCC, stated that the new power plant would have a huge impact on the company’s operational costs as its output would translate to about 40% of EAPCC’s total energy requirements. Furthermore, the new facility is expected to help tackle the problem of frequent power outages.

Tande additionally commented on the unit’s role in the company’s expansion plans; EAPCC hopes to expand production capacity from a current 1.3 million tpa to 2 million tpa by 2017. EAPCC is planning to begin procurement for a new KES15 billion clinker plant in Bisil, Kajiado, in September; feasibility studies for the facility will be completed by the end of July. In addition, the company is planning to establish a second cement plant in the Nooleleshuani area of Kajiado by 2016. Tande noted that cost management is a key concern for the company and energy is an area that will be focused upon as operations expand.

Read the article online at: https://www.worldcement.com/africa-middle-east/11062014/eapcc_to_construct_a_power_generation_plant_in_kenya_333/

Lafarge’s stake in the Kenyan cement industry is under investigation; the price of cement raises a ‘red flag’ for the Competition Authority. 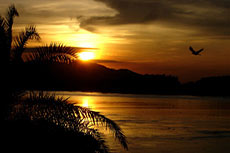 Higher sales, cost efficiency measures and a big tax credit have all contributed to the improved results for the full year ending 30 June 2013. 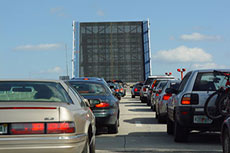 East Africa Portland Cement Company (EAPCC) has been forced to put out a tender for the supply of clinker as a result of its new clinker kiln suffering delays construction.