In April, Dangote Group announced plans to invest approximately US$3.9 billion (N585 billion) in the construction of additional cement lines both within and outside the country within the next few months. Dangote Cement currently accounts for more than 50% of the Nigerian market share.

According to Devakumar Edwin, Group Executive Director, Business Development, Dangote Group, some of the new cement lines, which will have a capacity of 1.5 million tpa, will be built in Ethiopia, Tanzania, Republic of Congo and Gabon. The Group plans to construct a 3 million tpa plant in South Africa and one grinding plant in Cameroon with a capacity of 1.5 million tpa. Apart from the Cameroonian project, which will take up to 17 months to complete, he stated that all the others would be delivered within 27 months from the date of commencement.

In addition, Edwin said the Group plans to construct a new cement line at its Obajana cement plant with a capacity of 3 million tpa, as well as two additional cement lines at Ibese in Ogun State with total capacity of 6 million tpa. He expressed the hope that Dangote Cement concerns in Nigeria would be in a position to produce 20 million tpa by December this year. All of these, he noted, would help reduce the price of cement in the country.

He added, “The implication of this historic milestone in our 50 years of quality cement production is that with enough clinker being produced locally, more cement will be readily available for Nigerians. This is clear testimony that our company has fully keyed into the Federal Government's Backward Integration Policy, which aims at self-sufficiency in cement production. It also proves that when we promise, we deliver.”

Read the article online at: https://www.worldcement.com/africa-middle-east/10082011/news_from_nigeria/ 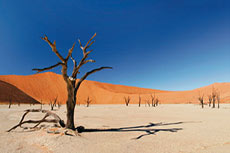 FLSmidth has received an order from BUA International Limited to supply a 6000 tpd cement plant in Nigeria. The value of the contract has not been disclosed.