The Kuwaiti construction industry will continue to show positive signs of growth over the next five years, to reach KWD4.7 billion (US$15.6 billion) in 2020; finds a report by Timetric’s Construction Intelligence Centre (CIC).

According to the report, the industry’s output value rose at a compound annual growth rate (CAGR) of 5.23% in real terms, during the review period (2011–2015), and is forecast to accelerate to 6.44% over the forecast period (2016-2020), notably as a result of the government’s initiatives to boost infrastructure development. Timetric’s CIC forecasts the value of the industry to rise in real terms from US$10.1 billion in 2015 to US$13.8 billion in 2020.

Apart from the development of infrastructure projects, investment in healthcare, educational facilities and new housing projects will also contribute to the industry’s future growth. Furthermore, the country’s Vision 2035, under which the government aims to develop the country’s road, rail, airport and related infrastructure, is also expected to drive the industry.

However, despite a positive construction industry outlook, low oil prices and the poor business environment will diminish growth prospects during the early part of the forecast period, as Kuwait generates 95% of its total export earnings from the oil and gas sector.

Timetric’s CIC expects infrastructure construction to become the industry’s largest market in 2020. It is forecast to record a CAGR of 19.22% in nominal terms, to value KWD1.5 billion (US$5.0 billion) in 2020. This growth will be driven by the government’s plan to develop the country’s infrastructure through PPPs.

“The country’s attractive PPP policies and regulatory framework encouraged foreign and domestic investors to invest in the country’s railways, highways and road and seaport infrastructure. Looking forward, the market will continue to expand up until 2020, driven by increased investments in transport infrastructure, including through the Kuwait five-year development program 2015–2020,” comments Danny Richards, Lead Economist at Timetric’s CIC.

Read the article online at: https://www.worldcement.com/africa-middle-east/10052016/construction-activity-kuwait-continues-healthy-growth-70/

Reuters has reported that Saudi Arabia is considering dropping partial export bans on cement to relieve oversupply in the local market. 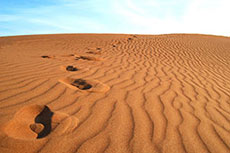 Mesto have announced that its Pennsylvania plant will closure on 31 March 2016. 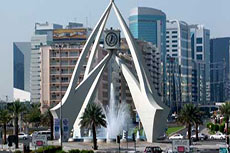 According to research by EC Harris, the UAE's construction industry is enjoying resurgence, driven by major projects such as Expo 2020 and spending on social infrastructure.