Like other industry sectors, cement production is highly susceptible to prevailing economic and geo-political forces. The situation in the Middle East and Northern Africa (MENA) presents a number of challenges to cement producers, who, at the same time, are also highly exposed to global economic trends. 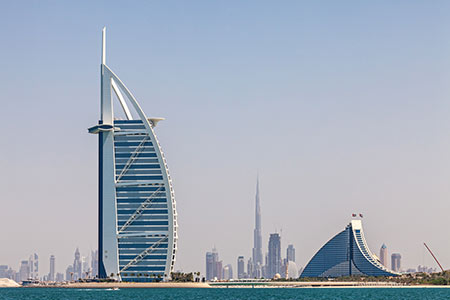 The political instability in a number of countries in the region, coupled with social unrest and high unemployment, has been well documented in the media in recent years, and it is no surprise that this instability has contributed to a difficult business environment. Much of this instability stems from security challenges, including the current conflicts in Syria and Iraq, which have led to massive movement of people in the region.

Tourism and foreign direct investment are important sources of income and foreign currency for many countries in the region. But in recent years, both have suffered a downturn, particularly in Tunisia, Egypt, Lebanon and Jordan, according to several sources, including a 2016 special report by Rabobank. Security challenges in the region, as well as economic stagnation in Europe, have dented the confidence of investors and tourists.

With the reduced inflow of foreign currencies, not only is the local currency weakened, but foreign currency becomes more scarce, meaning that foreign investors can find it difficult to expatriate finances back into their primary currencies. This is particularly notable in Egypt. A weakened currency can mean increased costs for local businesses, such as those relying on imported materials and labour from Europe and other trading partners.

Another macro-economic effect at play is the growing strength of the US market, particularly amidst a slowdown in China. During the credit crisis, significant investment had flowed into emerging markets, such as MENA, as investors looked for stronger yields. As the US market strengthens, we are now seeing a reversal of investment flows back to the US, as well as other more stable western economies.

Adapt or fall behind

Such macro-economic dynamics have a notable impact on the cement market, and several countries, notably Iran and Saudi Arabia, are experiencing a decline in their utilisation rates. In addition, there are factors unique to the cement market highlighting the market’s instability, such as Iraq’s temporary ban on cement imports from Iran, and Saudi Arabia lifting its cement export ban.

When cement capacity throughout the region is higher than both demand and current levels of production, cement producers need to adapt to maintain their competitiveness. At the same time, demand is expected to increase substantially when political stability returns to the region and security is improved. Following years of conflict and lack of infrastructure maintenance and development in some areas, the need for rebuilding will be significant. Achieving the optimal balance between short-term competitiveness and long-term readiness for growth is therefore the key business challenge facing today’s cement producers. Across the world, the narrative has been defined by falling energy prices. Although this should be a source of cost reduction for many producers, it can also have an adverse effect.

Many countries in the MENA region have taken advantage of the low energy prices to reduce costly energy subsidies, boosting the financial situation of governments in countries that are import-dependent, whilst negatively effecting revenues of oil exporters. The fall in energy prices and removal of subsidies have made local cement producers less competitive to other regional suppliers where subsidies were phased out several years ago. Local suppliers are now forced to become more cost-competitive as cement imports drive pricing pressures.

It must be said, however, that many positive predictions concerning the MENA region are centred on the resolution of regional conflicts, particularly in Syria. Despite this, there are notable positive developments that point to strengthening economic conditions, including the 2022 World Cup in Qatar, sanctions being partially lifted against Iran, and a generally more positive outlook in the EU. Overall, the economy within the region as a whole appears to be stable.

But even with the expected demand increase, cement producers are increasing their capacities to an even greater degree, thus creating a situation of excess supply across the region. According to data from CW Research (Figure 1), domestic consumption across the region is predicted to increase by nearly 20% from 2015 to 2020, whereas capacity will increase by 26% in the same time, a trend being driven particularly by Turkey, Iran, Algeria and Saudi Arabia. One reason for this appears to be the export opportunities available to cement producers, but this in itself causes challenges.

What does this mean to cement plant operations? It is forcing many to limit their output to well below potential capacity, which means adjusting the approach to everyday operations and maintenance processes and procedures.

This is part one of a two-part article written for World Cement’s November issue and abridged for the website. Subscribers can read the full November issue by signing in, and can also catch up on-the-go via our new app for Apple and Android. Non-subscribers can access a preview of the November 2016 issue here.

Read the article online at: https://www.worldcement.com/africa-middle-east/09112016/mena-update-part-one/