Tororo Cement, Uganda’s largest cement producer, and manufacturer of lime, galvanized iron sheeting and other construction materials, is planning to invest over US$50 million in expanding its production facilities. According to a local news agency in Kampala, Tororo Cement’s Executive Director, B M Gagrani has said that the company must prepare for competition within the East African market, and increase products volume.

Gagrani revealed that the implementation of the plant would see the company doubling the cement grinding capacity from 1 million tpa to 2.2 million tpa. “This includes a new cement grinding mill and 2 x 10 000 t cement storage silos and a packing plant,” he said. The investment also caters for the ongoing kiln rehabilitation that is expected to reinstate the drying capacity to 1000 tpd as opposed to the current 400 tpd. Gagrani mentioned that this particular expansion segment is in progress and likely to be completed by the end of the year.

To date the company has also carried out rehabilitation of its existing pollution control equipment.

Read the article online at: https://www.worldcement.com/africa-middle-east/08032010/tororo_cement_plans_us_50-million_expansion/ 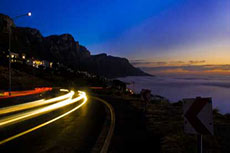 Cement producers in Kenya, Uganda and Tanzania are struggling to remain competitive in a period of strong demand. Overseas imports, from countries such as China, Egypt, India and Thailand, are flooding the region and are priced significantly lower than the domestic product thanks to cheap freight rates. Cement producers are calling on governments to step in to protect their industries.