Since our last World Review exactly a year ago, the world’s media has been concentrated on the escalating conflicts in the Middle East and in Ukraine, the terrorist outrages in Europe, Pakistan and Nigeria, and the crisis in West Africa. Headlines in the cement industry have of course been dominated by the creation of the largest cement company through the Lafarge – Holcim merger, and the purchase of assets by CRH that would see the Irish major becoming the world’s third largest building materials supplier.

The news from West Africa over the past year has centred on the horrifying effects of the Ebola epidemic in Liberia, Sierra Leone and Guinea, which claimed over 10 000 victims and affected over 20 000 others. Through the determined efforts of international governments, relief agencies and dedicated medical teams, the epidemic has gradually been brought under control. International aid will be required to help these countries rebuild their economies and install proper health systems. The International Monetary Fund (IMF) pledged a US$187 million aid package to support Sierra Leone’s struggling economy.

Oil prices have plunged by more than half since June 2014, curbing revenue and investment plans in Nigeria and Angola, both of which rely on crude proceeds for about 75% of government revenue. In 2014, Nigeria became the continent’s largest economy with a growth rate of 7.3%, but lower crude prices are undermining economic growth in the country, resulting in slumps in its currency. At the same time, the IMF is predicting a growth rate in South Africa of 2.1% from a previous figure of 2.3%, as falling commodity prices offset the benefit from lower oil imports.

Aliko Dangote’s new 4000 tpd plant in Senegal recently started production. In addition to his cement industry operations in over 13 countries, the Nigerian business giant has signed a joint venture with the US private equity firms Blackstone Group and Carlyle Group to explore opportunities in the oil and gas sector across Sub-Saharan Africa. In Nigeria, the Dangote Group plans to build a crude oil refinery that will process 650 000 barrels of crude oil and produce 2.5 million tpy of polypropylene and polyethylene. Towards the end of 2014, the Investment Corporation of Dubai invested US$300 million in Dangote’s cement business. Lafarge Africa’s Chief Financial Officer, Anders Kristiansson, has said he is very optimistic that cement prices in the country will probably increase again from about the middle of this year. Prices fell by 22% in November 2014. In a recent interview, Kristiansson confirmed that the group’s cement capacity at its plants in Nigeria and South Africa will rise from the present 12 million tpy to above 20 million tpy by 2020. Meanwhile, the BUA Group says it has completed plans to add about 5.3 million t to the Nigerian market. Yusuf Binji, the Group’s Executive Director, claims that with the Okpella plant becoming fully operational, the country’s installed capacity will rise from 30 million to 35 million tpy.

While difficulties continue in PPC’s South African operations due to weak economic growth, power shortages and increased competition, there are positive reports about its activities in Rwanda, Zimbabwe, Ethiopia and the Democratic Republic of Congo. The company has increased its stake in Habesha Cement in Ethiopia and the consolidation of Safika Cement has seen growth in Zimbabwe and Botswana. In April 2015, the proposed merger with AfriSam was reported to have failed. Dangote Cement’s 1.5 million tpy Doula plant in Cameroon, which was due to be commissioned in 2014, finally began production in February of this year. It will help the country’s domestic output rise to 3.6 million tpy, including 0.5 million tpy from Morocco Cimaf and 1.6 million tpy from the Lafarge subsidiary, Cimencam. 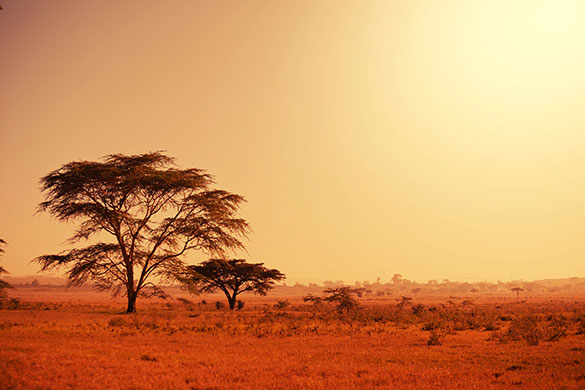 Kenya currently produces about 5 million tpy of cement. The country wants to double production in the coming years. Dangote is competing against local cement producers to acquire huge limestone deposits in Kitui with a view to building a 5500 tpd plant in the region. Last year Savannah Cement, which has plans to build a new clinker plant in Kenya, reportedly planned to begin operations in Rwanda in 2015 once it had received approvals from the Rwandan authorities. The company also operates in Uganda, South Sudan and Tanzania.

There was some bad news from Tanzania, where the National Environment Management Council (NEMC) indefinitely closed down the country’s largest cement producer, Twiga Cement, in February 2015, due to environmental pollution. The company’s three plants produce almost half of the country’s cement production. The remaining 1.6 million tpy are produced by Mbeya Cement and Tanga Cement. Meanwhile, the worsening power crisis in Ghana has forced cement producers together with other industries to reduce power consumption by 30%. The cost of cement production has increased, but of further concern for the producers will be the increase in imports of Chinese cement.

In Zambia, Scirocco Enterprises, producers of Amaka Cement, entered into an agreement with a Chinese company and an international funder regarding plans to build a 2500 tpd cement plant in Lusaka’s Makeni area. Construction of the plant is scheduled to begin in September.

Earlier this year, allAfrica reported that a Qatari business group led by Sheikh Fahad Al Thanihad visited various investment sites in Ethiopia and had plans to launch four investment projects worth US$500 million. They include a cement plant, which would be built in Dire Dawa. Ethiopia is becoming one of Africa’s fastest growing economies. There are plans for railway, road and dam projects to provide reliable transport and cheap power. The country is currently involved in a US$5 billion power project that, when completed, will generate 6000 MW of electricity for domestic use and for export.

Egypt has suffered chronic electricity shortages in recent years and has struggled to meet domestic demand. Several of the country’s cement companies are retrofitting their plants to run on energy from imported coal, beating high prices and energy shortages that have curbed industrial output. Welcome news for the country is that Russia has signed a deal to build a nuclear plant at El-Dabaa,168 km west of Alexandria. Another deal was signed between both countries to create a Russian industrial zone along the Suez Canal. The Abu Dhabi-based developer Eagle Hills is planning to invest US$80 million in the construction of a new city near Cairo that will become the country’s capital. It will include an airport, a mall, hotels, schools and hospitals, as well as private homes.

Despite regional unrest, Morocco has remained stable, with the World Bank predicting that the economy will grow 4.6% by 2020. The Moroccan government hopes to generate 42% of its total installed energy production from renewable sources. Large groups are working on development projects to achieve this. One of the major players is Italcementi. Its goal is to reach, in the medium term, 50 MW of installed capacity in the country. This year it will complete the third component of its thermal-solar energy pilot project at the Ait Baha cement plant where total production will be 1000 MW hours per year and annual CO2 savings of 800 t. The Red Horse Cements Group has reported that cement imports into Algeria earlier this year jumped 21% when compared to the same period in 2014. Lafarge’s new Silas Biskia plant is scheduled to open soon, while GICA wants to increase production at Ain Keira and Chlef, and has plans to build two more plants.

Read the article online at: https://www.worldcement.com/africa-middle-east/07072015/global-panorama-africa-107/ 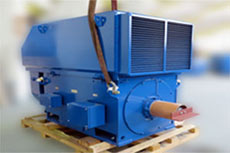 Arabian Cement has custom-built the latest addition to its alternative fuel processing machinery. 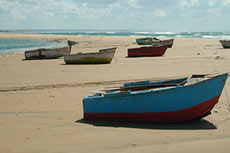 The 1.5 million tpy plant will be located in Nacala and should be complete in 2018.

Qalaa Holdings is acquiring stakes in energy, cement and transportation companies from co-investor Financial Holdings International, as well as selling off stakes in non-core companies.