At the contract signing, the CEO of Arabian Cement Company (ACC) said that he believed CNBM’s Engineering mode “CNBM Plus” would bring the best project quality and a rapid return on investment. Zhang Liao, General Manager of CNBM Engineering, said that the company would complete the project in the best quality and at the highest speed possible.

Founded in 1955, ACC is the first cement plant in Middle East, as well as one of the most famous listed enterprises in Saudi Arabia, playing an important role in the country’s cement market. Since entering the international complete cement equipment market in 2005, CNBM Engineering has completed more than 10 turnkey projects in the cement industry in the Middle East, Africa, Central Asia and America. In Saudi Arabia, CNBM Engineering has successfully completed the first-line and second-line projects of NRCC, and is undertaking the turnkey 5000 tpd clinker project of Southern Province Cement. These projects are highly praised in Saudi Arabia’s cement industry for their quality and reputation.

Read the article online at: https://www.worldcement.com/africa-middle-east/07042015/cnbm-engineering-signs-order-with-arabian-cement-company-638/ 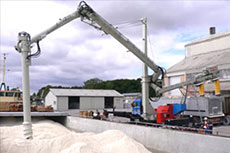 Siwertell, part of Cargotec, has received an order from the cement division of Rashed Al-Rashed & Sons Group in Saudi Arabia.

Timetric has also put together a list of the countries that it predicts will experience the fastest rate of construction growth between 2016 and 2020. 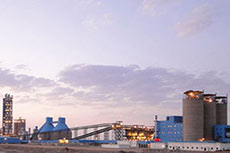