Reports from Algeria indicate that the shortage of cement is delaying major projects in the Haram and Makkah areas of the country. However, the industrial cement group GICA, which produces about 11.3 million tpa, is developing an investment programme worth over US$4 billion that aims to increase production capacities of some plants and build new ones. With an additional capacity of 17.5 million t, production in the public sector will reach 29 million t by 2020. The fragile political situation in Egypt still exists as the country attempts to move towards democracy following the elections in May. Cement consumption fell by about 3% in 2011 and could be running at a similar level this year, but analysts predict consumption will rise by 3% in 2013. Libya’s civil war culminated in the overthrow of Col. Gadaffi’s regime, but there are many issues still to be resolved between the rival parties. The country’s oil sector is said to be back to almost pre-war levels and this is important as the industry accounts for 70% of GDP. The cement companies will play a big role in the reconstruction of the many buildings and structures destroyed or badly damaged during the conflict.

Government spending on basic infrastructure in Morocco is currently US$47.26 billion for the period 2008 – 12 and the construction sector will see a growth of 6.5% this year. This is good news for the cement producers who are benefiting from the upturn in construction. Holcim Morocco’s project to double the clinker capacity of the Fez plant should be completed shortly. In 2011, the cement sector in Tunisia was virtually paralysed by strikes and sit-ins, but now sales of cement are reported to be running at about 30 000 tpd. The new SOTACIB plant, which began production in December 2011, and the new plant under construction at Bizerte will help boost the country’s production rate.

In our June issue we described the current situation in Nigeria, and the latest projects being undertaken by the Dangote Group. This group has become Africa’s foremost cement company with a network of operations that spreads across the continent. At the company’s recent AGM, Aliko Dangote said that the Group was looking beyond the local market with plans to increase total production to 60 million tpa by 2015. Outside Nigeria, it has full operations in Benin and Ghana. Other countries in which Dangote has interests include Senegal, Zambia, Tanzania, Congo, Ethiopia, Cameroon and South Africa. South Africa’s construction industry is reported to be a strong performer with a growth forecast for 2012 of 2.7%. One analyst forecasts relatively stable growth rates for the next 10 years, but ongoing structural problems are expected to limit the country’s long-term growth pattern.

Read the article online at: https://www.worldcement.com/africa-middle-east/05072012/cement_trends_infrastructure_industry_africa_1155/ 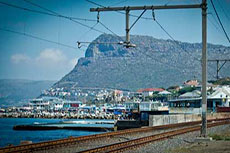 FLSmidth to construct its first Supercentre in Africa, offering spare parts and repairs to the region.

According to reports, Al-Arabiya alWataniya has signed an EGP1.1 billion loan agreement to finance the construction of a new cement plant in Egypt.