Titan Group results recorded a significant improvement in the nine months of 2016, reflecting the growth of the US market and the improvement of results in Egypt. 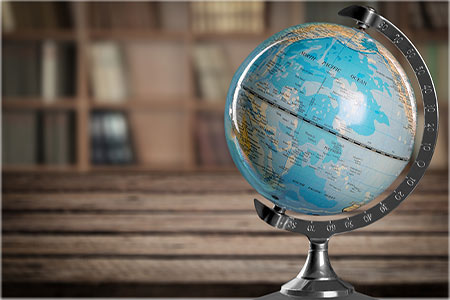 Consolidated turnover reached €1,124.2m posting a 9.2% increase compared to the same period in 2015. Earnings Before Interest, Tax, Depreciation and Amortisation (EBITDA) increased by 24.1% reaching €205m. Net profit, after minority interests and the provision for taxes stood at €121.9m compared to €36.2m in the nine months of 2015. Net profit was positively affected by a deferred tax recognition of €79.4m in the US associated with previously unrecognised carry-forward net operating losses, generated in previous years.

The third quarter of 2016 recorded the highest quarterly profitability of the last 5 years. Group turnover grew by 12.2% reaching €400.4 million. EBITDA stood at €85.5 million posting an increase of 42.8%. Net profit, after minority interests and the provision for taxes stood at €112.7 million versus €12 million in the third quarter of 2015. Results were favourably affected by the recording of deferred tax benefits in the US, but were negatively impacted by a €6.4m provision taken in Egypt for FX losses arising from outstanding balances in foreign currency between the Egyptian subsidiaries and other Group affiliates.

In the US, demand for building materials continues to grow in the regions where the Group operates. The upturn in the market, coupled with the benefits accrued from the investments undertaken by the Group, have resulted in a significant increase in turnover and profitability.

In Greece, private construction remains in deep recession and any limited demand for building materials comes mostly from public works. The small improvement recorded in the third quarter of 2016 is solely due to an extremely low basis of comparison versus the respective quarter in 2015, which immediately followed the introduction of capital controls that had brought building activity essentially to a halt. Exports, which continue to absorb more than 2/3 of the production of Greek plants, mitigate, to a certain extent, the decline in demand in the domestic market.

The markets of Southeastern Europe provided a mixed picture, recording an increase in total sales volumes but at lower average prices. Group turnover for the nine months posted a marginal increase of 0.8% and stood at €156.8 million while EBITDA declined by 1% to €46.1 million.

Activities in Egypt recorded an improvement for the third consecutive quarter. The recovery is due partly to increased production and sales volumes, and partly to the decline in production costs following the gradual conversion of the plants to solid fuels.

Results in Egypt in the nine months of 2016 recorded a significant improvement, despite the devaluation of the Egyptian pound in March 2016 and the volatility of market prices. Group turnover in the nine months of 2016 recorded an 18% increase in local currency, and a 4.9% increase in Euro-terms, reaching €187.7 million. EBITDA stood at €32.8 million more than doubling over the corresponding period in 2016 (€16 million).

In Turkey, demand continued at healthy levels for the third quarter of the year, owing both to public and private works. Net profit attributable to Titan from subsidiaries reached €3.5 million.

On 20 September 2016, Titan Group concluded the deal for the investment in Cimento Apodi in Brazil, which marks the expansion of Group activities in Latin America.

Cimento Apodi owns a modern integrated cement plant in Quixeré operating since 2015 and a grinding cement plant in Pecém port, close to the city of Fortaleza, operating since 2011. Cimento Apodi has production capacity of over 2 million t of cement per year. Through this investment, Titan Group enters a promising market with long-term potential, joining forces with established local partners. Titan controls 94% of the vehicle which owns 50% of Apodi and will account for its participation as an equity investment.

In addition to acquisitions, which amounted to a total of €91 million in the nine months of 2016, Capex for the Group stood at €96.6 million. These regard mostly the expansion of activities in the US and investments towards attaining energy self-sufficiency in Egypt.

Group operating cash flow in the nine months of 2016, reached €80 million, versus €8 million in the same period the previous year, owing to the improved profitability of the Group and the overall lower investment activity. Mostly as a result of acquisitions spending, Group net debt increased by €91 million compared to December 2015 levels and stood at €713 million at the end of September 2016.

For the remainder of 2016, the same trends evident in the nine months are expected to continue. At this point in time, the recovering US market is the main motor of growth and profitability for Titan, while Egypt is also recovering due to the growth in market demand as well as higher utilisation and increased cost competitiveness of Group plants.

The recovery of the construction industry in the US is expected to continue beyond the current year. Mid-term trends appear positive both for the residential and commercial sectors as well as for infrastructure projects. The growth in demand for building materials, coupled with the benefits of the Group’s investment program, strengthen Titan’s position in the US market.

Demand in Greece is expected to remain at extremely low levels, similar to those of 2015. Greek cement production is expected, once again in 2016, to be largely geared towards exports.

In Southeastern Europe, economic recovery is still being affected by the economic weakness of Eurozone neighbours, which are the region’s main trading and investment partners. Although signs of recovery are evident in certain countries, construction in the region overall lacks momentum.

In Egypt, demand for building materials is projected to continue to grow. The Group, by completing the investments for the utilisation of solid and alternative fuels at its plants, has ensured fuel sufficiency and improved its cost structure. It should be noted however, that the anticipated agreement with the IMF, coupled with the devaluation of the currency, creates uncertainties and poses risks for the short-term.

In Brazil, which is undergoing a severe political and economic crisis, cement demand is expected to continue declining for the remainder of 2016.

Read the article online at: https://www.worldcement.com/africa-middle-east/03112016/titan-group-financial-results/