In response to increased demand in the region, Oman Cement Company is to set up a new 150 tph cement mill. The contract for the new mill has not yet been signed. This is the latest in a series of projects announced by the company, which has also confirmed that work is progressing well on its kiln 1 project, due for completion within 6 months. In our July issue, we reported that the plant is switching from fuel oil to natural gas, installing new burners from Unitherm Cemcon, while the company also announced in July that it plans to set up a ready-mix concrete plant. Oman Cement Company currently has an annual production capacity of 2.4 million t of clinker. Over the past few years, it has continually reported increasing revenue and profit, though sales and output were down in the first half of this year due in part to technical problems with one of the company’s cement mills.

Fellow Omani company Raysut Cement’s announced plans earlier this year to build two terminals (one in Oman and one in Somalia) and a grinding plant (Yemen) and to expand capacity at its subsidiary company, Pioneer Cement Industries, in Ras Al Khaimah. Earlier this year, Raysut Cement Company reported an increase in first half net profits, though sales revenues were flat and cement output dropped 4%. This decrease has been attributed to increased pressure from foreign imports.

Last month, the Oxford Business Group reported that the outlook for future growth in Oman’s cement industry remains positive, as the government pursues its 5-year economic development plan. Infrastructure projects are expected to boost cement demand and the construction industry is forecast to expand by 5.5% in Oman 2013, and by 19% across the GCC region.

Read the article online at: https://www.worldcement.com/africa-middle-east/03102013/oman_cement_plans_new_mill_project_248/

Around US$24 million will be spent on expansion projects in Yemen, Oman, UAE and Somalia. 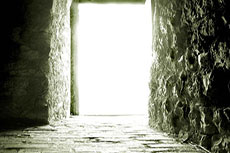 Recent reports of smuggling cement and the sale of substandard products are cause for concern.

Generous allocations for infrastructure in the budget will see an increase in demand.