Following last week’s announcement of Dangote Cement’s plans to build ten new cement plants across Africa and Nepal, Aliko Dangote, the company’s Chairman, has travelled to Zimbabwe to discuss his investment plans with Zimbabwe’s President Robert Mugabe, Vice Presidents and other Ministers. Dangote has expressed an interest in investing in cement, coal and power in the country and according to reports the Cabinet was encouraging in its response to his plans. Transport and Infrastructural Development Minister Obert Mpofu told The Herald that his ministry would aid Dangote in any way possible to ensure the investment is a success. A technical team from the Dangote Group will visit Zimbabwe shortly to begin studies for the projects. Work on the 1.5 million tpy cement plant is reportedly set to begin in 1H16 with a US$400 million investment.

NAIJ reports that Dangote’s money will be invested through the Black Rhino Group, an infrastructure fund in which US private-equity group Blackstone Group LP is a co-investor. Blackstone was among those companies reported to be interested in the LafargeHolcim assets that were eventually sold to CRH.

Some press reports on Dangote’s investment in Zimbabwe have expressed scepticism that it will go ahead, given the high level of corruption in the country. NewZimbabwe.com reports the comments of former Finance Minister Tendai Biti, who reportedly said that he knows Aliko Dangote personally and that ‘(h)e is not going to pour billions into an economy that is as dysfunctional, as dishonest and as broken down as that of Zimbabwe’.

Read the article online at: https://www.worldcement.com/africa-middle-east/03092015/aliko-dangote-visits-zimbabwe-to-discuss-investment-plans-487/ 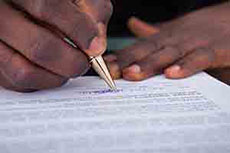 Bloomberg is reporting that Aliko Dangote is pushing to dominate Africa’s cement market.

The company’s second manufacturing plant in the country is expected to be commissioned in the second half of 2016.