Egypt’s Arabian Cement Company has reported an 11% y/y increase in revenues for 1Q15 at EGP585 million thanks to a 13% increase in volumes. Net profits fell 52%, however, to EGP56 million. EBITDA was down 19% y/y at EGP184 million. The results were impacted by high transportation and energy costs and cement price fluctuations, as well as the cost of importing clinker in January and the depreciation of the Egyptian pound. On a per tonne basis, costs were up 18% y/y.

The company has been running at 90% clinker capacity and is currently undertaking a fuel conversion project, which it hopes will put it in a good position for the second half of the year. In 1Q15, ACC did not receive any gas supplies and instead was provided with diesel. The company is using a mix of coal/petcoke (66%), diesel (28%) and refuse-derived fuel (RDF, 5%). With 5 million t of cement capacity, Arabian Cement Company, located in the Suez Governorate, is responsible for approximately 10% of Egypt’s production.

Read the article online at: https://www.worldcement.com/africa-middle-east/03062015/arabian-cement-company-has-mixed-1q15-944/

The Egyptian company, which owns ASEC Cement, has been divesting non-core assets as it transforms its business model. 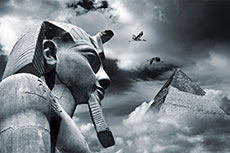