Cement production in Tanzania is expected to increase significantly in the next few years as new players enter the market and existing producers expand capacity. Driven by infrastructure investments, local demand for cement has grown by an average of 10% pa over the last five years, and it is anticipated that this will continue into the future. Current demand stands at 4 million t, of which about 12% is imported. Capacity amongst the existing four producers in Tanzania amounts to 3.75 million t, but this is expected to reach 8.65 million t by 2015 as expansion projects are pending. In addition, Dangote Cement, Lake Cement and Lee Building Material are reportedly joining the market: Lake Cement, a local company in which Banco of India has acquired a 51% stake, is planning a 500 000 tpa plant in Lindi at an investment cost of US$12.5 million; Dangote Cement is planning a 2 million tpa plant in Mtwara, and Chinese firm Lee Building Materials has started construction of a 300 000 tpa plant in Lindi. These new entrants will increase competition amongst the producers, but will also face the same challenges of rising energy costs, power supply stability, and transportation costs.

Meanwhile, Tanzania Portland Cement Company recently announced that it is in the final stages of preparing to offer aggregates to the construction market, under the name ‘Twiga Aggregates’.

“Tanzania is a key market for our Group and we want to make sure that the construction industry can benefit from the best quality materials to achieve the realization of the needed infrastructure for the country. This is why with the on-going investments, we will have invested in excess of 300bn/- in our activities over the last years,” said TPCC Board Chairman and Head of African Operations for HeidelbergCement, Jean-Marc Junon.

The firm has also confirmed that rehabilitation of the 300 000 tpa clinker line 3 at its Wazo Hill plant has been completed.

Read the article online at: https://www.worldcement.com/africa-middle-east/03052013/capacity_increases_in_tanzania_968/ 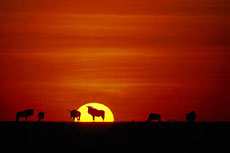 HeidelbergCement is investing US$40 million into the expansion of its Wazo Hill plant, including the construction of a new 700 000 tpa cement mill.