A new report by IFC, a member of the World Bank Group, finds that Egypt's cement producers could save money and lower greenhouse gas emissions by using waste, so-called alternative fuels, to power their production facilities. 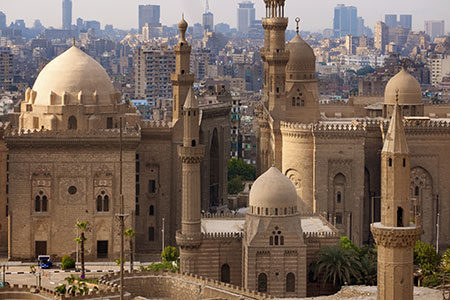 The study, Unlocking Value: Alternative Fuels for Egypt's Cement Industry, assessed the potential for producers to increase the use of alternative fuels and recommend sustainable market solutions. Those alternative fuels include municipal solid waste, agricultural waste, sewage, and old tires. Increased use of these wastes as fuel could help save the industry $51 million annually by 2025 and reduce reliance on traditional fossil fuels. By 2025, the study suggests, alternative fuels could replace about 1.9 million t of coal and prevent the release of 3.9 million t of carbon dioxide.

“Egypt is executing a wide array of initiatives to provide new sources of energy,” said Ramon Piza, President of Cemex Egypt. “We believe that all sectors, public and private, should collaborate and join forces to facilitate the usage of alternative fuel to further support these initiatives and help reduce greenhouse gas emissions.”

The study is a timely one. Amid a nationwide shortage of natural gas, a growing number of cement producers have turned to coal and petcoke to power their plants. By 2025, the sector will use about 9.7 million t of coal per year which alone will produce 27 million t of carbon dioxide, posing health and environmental challenges for Egypt.

“Integrating alternative fuels into the energy mix brings with it significant public and private benefits,” said Bryanne Tait, IFC Energy and Resource Efficiency Regional Lead for the Middle East and North Africa. “It's important for countries like Egypt to begin reducing their emissions, and alternative fuels are an ideal way to do that as they represent an untapped local source of energy security and hold economic profitability for the country.”

The study, the first of its kind in Egypt, found the country produces enough alternative fuels to power the entire cement sector. It included a mapping tool (available at http://arcg.is/1ToAspz) that pinpoints the location of cement plants, sources of alternative fuels, and transport links.

But it found that several obstacles prevent cement producers from using alternative fuels, including the lack of a well-established supply chain that would collect, process, and deliver waste to cement plants. The report recommends that market players must come to clear and fair commercial and quality arrangements ensuring a secure supply and return on investment, a fair pricing mechanism, and regulatory improvements to increase waste collection and treatment efficiency.

The report was supported by the governments of Denmark and Italy, the Korea Green Growth Trust Fund, and the Earth Fund Platform.

It is part of a larger effort by IFC to combat climate change, improve waste management, and support the global cement industry, a key source of employment in many developing countries. IFC has invested US$4 billion in 180 projects in the cement sector during the last 55 years. IFC's current cement portfolio includes 30 investments and 10 advisory projects. More broadly in Egypt, IFC invested US$1.5 billion in private sector businesses between fiscal years 2011 and 2016, helping to create jobs, and spur growth, considered vital in a country that has struggled economically in recent years.

Read the article online at: https://www.worldcement.com/africa-middle-east/01112016/alternative-fuels-can-help-power-egypts-cement-sector/